Focusing on the International Monetary Fund (IMF), I explore when member countries can leverage the threat to pursue financing elsewhere to obtain more favorable terms from the Fund. The number of actors offering emergency lending has increased in recent years, threatening the IMF’s monopoly in the space. I argue that countries that belong to such competitor institutions can extract concessions from the IMF by threatening to take funds from them in lieu of the IMF. The IMF would rather offer countries a better deal by lessening requirements than lose member states’ business. In turn, countries are asked to privatize fewer companies, cut fewer public programs, and close fewer tax loopholes. This may lessen the short-term political and economic costs of governments accepting IMF support. However, such concessions also threaten the ability of the IMF to promote reforms that may be beneficial over the long run.

My research illustrates how the IMF may be able to fight back in the face of this rising competition. Specifically, I argue that international organizations can co-opt competition by cooperating with their institutional peers. Cooperation occurs when organizations pool financial resources or expertise – as the IMF did with the European Union in Ireland and Greece during the early 2010s. Cooperation prevents states from shopping around by ensuring that the institutions agree on a common policy framework. This enables international organizations to enforce more stringent policies than when they compete with one another. For instance, cooperation may allow the IMF to demand reforms like privatization and austerity in exchange for material support through emergency financing.

In contrast, when international organizations fail to forge cooperation agreements, states are free to shop between the organizations and demand concessions in the process. For example, the IMF has rarely cooperated with the Russian-led Eurasian Fund for Stabilization and Development (EFSD). Moreover, the EFSD attaches few conditions, if any, to its loans. Unsurprisingly, I find that countries that join competitor institutions like the EFSD have successfully negotiated less demanding loan programs than they would have received otherwise.

This is particularly important as China becomes a more prominent provider of foreign aid and takes on a larger role in international politics. Notably, China is an influential member of the Chiang Mai Initiative Multilateralization (CMIM) – a regional financing arrangement consisting of an array of countries in the Asia-Pacific region. I conducted several interviews with current and former officials from the IMF, and they overwhelmingly expressed concern about China and Chinese-sponsored international organizations. Though CMIM and the IMF have had mostly friendly relations to this point, interviewees pointed to the fact that China has often lent bilaterally to developing countries in Africa without mandating explicit policy reforms.

As a result, the IMF has expressed a desire to deepen cooperation with institutions like CMIM specifically for fear of shopping between institutions by member states. My research suggests they would be wise to do so, though such cooperation may be difficult to achieve in practice. In fact, I show that cooperation is achieved most easily between international organizations when their most powerful member states (e.g., the U.S. at the IMF and China at CMIM) are closely geopolitically aligned. This helps to explain why the IMF and European institutions have often worked together while the IMF and Russian-led EFSD have done so less often. In fact, a former IMF economist said the following in an interview in early 2019: “Geopolitics clearly matter for cooperation. IMF–Russia and IMF–China cooperation are therefore not very feasible.” So long as this remains true, the IMF’s ability to coerce change in international politics is under threat, as is its status as sole global lender-of-last-resort.

This blog piece is based on the article “Bargain Down or Shop Around? Outside Options and IMF Conditionality” by Richard Clark, forthcoming in the Journal of Politics, Volume 84, Issue 3. 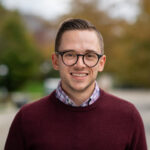 Richard Clark is a Postdoctoral Research Fellow at the Niehaus Center for Globalization and Governance, Princeton University and incoming Assistant Professor at the Department of Government, Cornell University. You can find more information on his research here and follow him on Twitter: @Ricky__Clark