What is often referred to as ‘ideal theory’ in political philosophy, represented by theorists like John Rawls, is under attack from critics stressing that it is rather useless: since ideal theory presumes a world which is very different from our own world, it generates principles that do not tell us what we ought to do in our situation. Defenders of ideal theory have in turn responded that these criticisms miss their mark, since ideal theory is not intended to be directly applied to non-ideal circumstances, but to tell us what we should strive for in order to come closer to an ideal.

Recently, however, a more sophisticated and technical argument against ideal theory has been launched by David Wiens. He has developed a model through which he sets out to demonstrate that ideal theory is totally uninformative for theorizing non-ideal principles. Wiens’ model is based on a moral ranking of all possible worlds, where the ranking is given as functions of a set of value-criteria of the theory in question. If our theory values freedom, for example, a possible world ranks higher the more freedom there is in that world, ceteris paribus. Moreover, a central premise in Wiens’ argument is that the proper target for real-world reform is not necessarily the principles guiding the best possible worlds, but the principles guiding the best feasible worlds, i.e. the best worlds we can feasibly reach from where we are now.

The fundamental problem with this argument is that Wiens only shows that given that we have the guiding principles for the best feasible worlds, we do not need any ideal principles. But that claim is trivially true. That it is sufficient to first identify the principles guiding the best feasible worlds does not mean that it is necessary to do so. And on a closer look, it becomes evident that there is nothing in Wiens’ model stopping us from going the other way around: we can start with our ideal principles and ask ourselves, ‘do we have good reason to believe that the worlds in which people act in accordance with these principles are feasible, given our present state of affairs?’ This latter way to go about is not only possible but the default strategy for a very simple reason: we typically do not know which feasible world is best independent of political theories. Starting out trying to find “the principles for the best feasible worlds” without a theory is simply not a viable way to go, since that expression is then only an empty placeholder. Since nothing in Wiens’ model blocks this plausible alternative, his argument fails. He has not demonstrated that ideal theory is uninformative.

Against the backdrop of our criticism, we also demonstrate several ways in which ideal theory may indeed be informative for construing non-ideal principles. The most straightforward way in which ideal theory can be useful has to do with its content, i.e., what its principles prescribe. It can offer direct and indirect guidance in theorizing principles for current states of affairs by identifying and describing a long-term goal that we should aim for in the design of our basic institutions. In Amartya Sen’s famous mountain analogy used to reject ideal theory, the point is that we don’t need to know where Mount Everest (perfect justice) is to pick the best of two smaller peaks (‘unjust’ and ‘even more unjust’). This is true, but too quick. First, even when comparing to smaller peaks, we typically rely on assumptions about an ideal of justice, even if these are not explicitly specified. Indeed, they need not be if we are very remote from favourable conditions; then it suffices to move in the direction towards Northern India. However, once we have reached New Delhi, the path we choose becomes important, since Mount Everest (perfect justice) is in a different direction from K2 (almost perfect justice). Choosing the wrong path may turn a previously feasible and better alternative into an infeasible one that will eventually lead to a dead end with regard to perfect justice; for example, by making irreversible decisions about nuclear power, which take us to a seemingly (short-term) better peak but blocks the way to Mount Everest.

Apart from the content of ideal theory, an often neglected property of ideal theory is the role played by the process through which an ideal theory is justified. It is often the reasoning behind the ideal principles that provides the best indication of how non-ideal circumstances should be handled. One important aspect of the justificatory process is the conceptual aspect, through which the basic values involved in a theory are specified. Through a careful conceptual analysis, we may reach a deeper understanding of which considerations are at stake when we attempt to identify one policy option as more just than another under real circumstances. Another important aspect is axiological, that is, an analysis of the basic values involved, their relation and normative status in the justificatory process. This is precisely what Rawls is doing with regard to balancing freedom and equality and why we can use his theory to draw conclusions about which of the two states of affairs is fairer under current conditions.

This leads us to conclude that ideal theory will continue to play an important role in political philosophy.

This blog piece is based on the article  “Is Ideal Theory Useless for Nonideal Theory?” by Eva Erman and Niklas Möller, in the current issue of the JOP, Volume 84, Number 1. 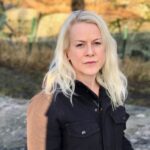 Eva Erman is a Professor of Political Science at Stockholm University. She works in the field of political philosophy, with special interest in democratic theory, methodology, and metaethics. You can find further information regarding her research here.

Niklas Möller is a Professor of Practical Philosophy at Stockholm University. He works in the field of political philosophy, moral philosophy and metaethics. You can find further information regarding his research here.