The cuckolded spouse who does not notice his partner’s flagrant infidelity. The aging athlete who believes he is still in his prime. The alcoholic who insists he can stop drinking.  These cases illustrate how powerful and pervasive a force self-deception is in our everyday lives, and there are lively debates among contemporary scholars about why and how we go about deceiving ourselves.  But I believe these conversations can be enriched by turning our glance back to the eighteenth century and revisiting the ideas of a thinker who put the questions of self-knowledge and self-deception at the very center of his authorial mission: Jean-Jacques Rousseau.

While it is important to acknowledge that Rousseau is far from the only philosopher to show an interest in the problem of self-deception, I believe his understanding of both why and how we self-deceive is especially worthy of attention.  My paper identifies some of the reasons for this belief through its analysis of Rousseau’s novel La Nouvelle Héloïse (or Julie).  This text – a runaway best-seller – nests its treatment of self-deception in the story of an illicit romance between a bourgeois tutor (Saint-Preux) and an aristocratic pupil (Julie) that is forcibly terminated by the girl’s father.  In the paper, I try to show that Saint-Preux and Julie go about deceiving themselves in quite different ways and for quite different reasons, and if we understand the details of their individual cases I think we’ll be in a better position to appreciate just how subtle Rousseau’s view of self-deception actually is.

I want to look first at the case of Saint-Preux, for he is the work’s most flagrant self-deceiver.  Indeed, he repeatedly falls prey to this all-too-human phenomenon over the course of his courtship with Julie, developing outsized notions of his beloved’s virtues and projecting upon her a kind of perfection which no human being could actually possess. Though these kinds of exaggerations often attend the experience of romantic love, Saint-Preux becomes captive to them: his illusions do not merely mediate his experience of reality but come to serve as a substitute for it, with the result that he can no longer meaningfully distinguish between the private imaginary world he created and the shared public world he inhabits.  Problematic as this confusion is, I argue that Saint-Preux’s self-deceptive tendencies have a considerable upside as well: they are both the consequence and the cause of Saint-Preux’s desire to be a better person and to see reflected in others the goodness he feels within himself.  They underwrite admirable inspire acts of self-sacrifice which more clear-headed people may well choose not to undertake.  Viewed in this way, then, Saint-Preux’s example points to the potential benefits as well as the costs of self-deception: self-deceptive processes are at least potentially a potent source of moral motivation and therefore should not be condemned as necessarily harmful.

Saint-Preux’s case is interesting in another respect: though he clearly seems to be engaged in self-deception, he just as clearly seems to have no idea what he is doing. This presents us with a puzzle: how can someone engage in a consistent, selective, and systematic distortion of reality without deliberately intending to do so?  Saint-Preux’s example at least points to a possible answer, for it (I argue), reveals how the processes relevant to belief-formation tend to run without our conscious awareness and, in so doing, suggests how agents may disfigure reality in remarkably selective and discriminating ways without ever becoming aware what they are doing.

Where Saint-Preux is engaged in a form of non-intentional self-deception, I argue that Julie inaugurates a deliberate and pre-meditated program of self-deception in order to escape her anxiety.  Following the (forced) termination of her romance with Saint-Preux, Julie marries another man and bears two children.  Though she admires her new husband she does not love him, and she sinks into severe depression both because she still has feelings for her former lover and because she is living a life that is not authentically hers. It is in the midst of this alienation and existential despair that Julie concocts a radical new solution: rather than rebel against her circumstances or project her desires onto the world, she attempts to reconfigure the world so that it transforms her desires.  This plan, I argue, is manifested in the space of her garden (dubbed “the Elysium”), which has been painstakingly and deliberately designed to make Julie happy with her life.  Julie’s gambit is, I argue, self-deceptive in the same way that someone attempting to make good on “Pascal’s wager” is self-deceptive, for just as an aspiring believer might consistently expose himself to religious stimuli (e.g., weekly church attendance, daily scripture readings, and so on) in the hope of inducing within himself a belief in God, so Julie enacts through the design of her garden a program of subconscious mental regimentation intended to bring about beliefs and feelings that are more conducive to happiness.

Taken together, Saint-Preux and Julie’s examples reveal the important and complicated role that self-deception plays in human life.  It is something which we can neither fully embrace nor reject and in which we are inevitably engaged – whether intentionally or not.

This blog piece is based on the article “I Know Not if I Delude Myself:” Rousseau’s Julie and the Ambiguities of Self-Deception by John Warner, forthcoming in the Journal of Politics, July 2022. 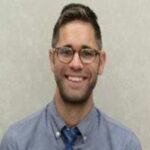 John M. Warner is an Associate Professor in the Department of Political Science at the Kansas State University. He is a political theorist with primary research interests in self-deception and how politics structure experiences of intimacy. Most of his work focuses on the early modern period. You can find further information regarding his research here.