States across the US have increased their minimum wage rates in the past few years, yielding pay increases for workers paid the minimum wage. Getting a raise because the minimum wage goes up can affect one’s economic outcomes; we wanted to know whether it could also shape political behavior. In a forthcoming article in the JOP, we show that minimum wage increases can spur political participation among low-wage workers, who are usually under-represented among voters.

Why might we expect minimum wage increases to affect voting? In other policy areas, political scientists have documented “policy feedbacks,” the idea that introducing or changing policies can create new constituencies with incentives to get involved in politics. And in the case of minimum wages, we could imagine a few mechanisms by which policy change could drive political action. One is material: when people’s wages go up due to a minimum wage increase, that might remove some stress from day-to-day life. It’s hard to pay attention to an upcoming election when you’re worrying about how to pay rent, so having more money to meet basic needs could free people up to vote. Furthermore, minimum wage increases might change people’s beliefs about whether it’s worth voting: seeing that government decisions can quickly raise one’s pay is a powerful argument for participation.

To learn about these effects, we focused on a minimum wage increase in New York State. Between the 2012 and 2016 elections, a series of staggered wage increases moved the minimum wage from $7.25/hour up to $8, $8.75, and finally $9/hour. Workers making the minimum wage during this entire period saw a pay increase of $1.75/hour, a 24% increase over a few years. We used several sources of government data to learn about who was affected by these pay increases and how their political behavior changed. To see who got a raise, we used public records of city employee pay from New York City, where municipal workers’ hourly pay is a matter of public record. These records allowed us to see the wages of thousands of city parks and recreation workers, classroom aides, and other workers paid minimum wage, as well as city workers paid above the minimum wage. In order to see their voting behavior over time, we merged this data to state voting records that track whether people vote in a particular election.

We find that workers paid the minimum wage voted more in 2016 because of the minimum wage increase. Their voter turnout increased by about 2 to 2.5 percentage points, as shown in the first set of estimates in the figure below. This pattern holds whether we compare their voting to all city workers (circular points) or narrow the comparison group to workers making more than the minimum wage but less than $15/hour (triangular points). And we see similar patterns when we look at other elections that happened after parts of this minimum wage increase: people also became more likely to vote in midterm congressional and city mayoral elections.

Increasing the minimum wage makes affected workers more likely to vote in the next election. We leave it to future research to measure what this increased participation means for election outcomes. But we note that low-income people are generally under-represented among voters, so increasing their participation makes the electorate more representative of the American people. And low-wage workers hold different attitudes on some issues than higher-paid ones: they are more likely to be worried about economic inequality and to think government should do something about it. Consequently, we find it plausible that this increase in the turnout of low wage workers could have a tangible effect on public policy.

This blog entry is based on the article “More Money, More Turnout? Minimum Wage Increases and Voting” by Zachary Markovich and Ariel R. White, forthcoming in the Journal of Politics, Volume 84, Issue 3.

Zachary Markovich is a PhD student in Political Science and Statistics at MIT. His work focuses on developing and applying statistical methods for the analysis of electoral and public opinion data in the United States. More information on his research can be found here and follow him on Twitter: @zachmarkovich 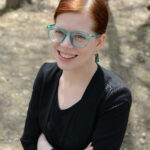 Ariel White is the Silverman Family Career Development Associate Professor in Political Science at MIT. She studies voting and voting rights as well as the criminal legal system, using large datasets and experiments to shed light on people’s everyday interactions with government. You can find more information here and follow her on Twitter: @ArielRWhite