Coup attempts are frequent events: Since 1945, there have on average been around 7 coup attempts each year. This is unlikely to change anytime soon. In 2021, coup attempts have taken place in Niger, Sudan, Myanmar, and several other places. While successful coups often make the headlines, half of all coup attempts fail. This is often due in part to chance, from bad weather to poor network connection. Political scientists have long studied the consequences of successful coups for state repression and democratization, but we know little about what happens when a coup fails, and the dictator is almost removed from power.

Existing studies show that failed coup attempts result in indiscriminate purges. After an unsuccessful challenge to their rule, autocrats tend to resort to large and systematic purges of key regime institutions such as the military or the ruling party. Such was the case with Mengistu Haile Mariam’s large-scale purge of the Derg in Ethiopia in 1976 and 1977 after a failed coup attempt. But what about the civilian elites closest to the dictator, namely the cabinet ministers, who are very powerful and well-connected? This is what we investigate in our new article.

The morning after a failed coup, a dictator is both insecure (there was a coup attempt) and empowered (it failed). In an otherwise secretive environment, failed coups are pivotal events: They reveal that some members of the elite have been disloyal and need to be punished. Failed coup attempts also put the dictator in a temporary position of strength, so he/she can eradicate threats and consolidate his/her power vis-à-vis a weakened opposition. Thus, we expect that cabinet ministers are in high risk of being purged.

Yet, indiscriminate purging is costly, leading the dictator to focus on ministers that are especially threatening in the post-coup context. This leads us to ask: Who gets to stay, and who must go? Intuitively, it makes sense to think that two key factors should make a minister more likely to be dismissed (or worse). The first is lack of loyalty: Through a long history of service at the ruler’s side, or by being affiliated to the dictator’s party, ministers can signal that they are trustworthy, while ministers lacking those attributes are blank cards, making them more susceptible to purging. The second is responsibility: The more important and strategic the position held by the minister is, the bigger the threat said minister poses to the ruler. Therefore, ministers with control of the armed forces or political clout are in imminent danger.

Since WhoGov contains data at the individual level, we can look at which ministers are targets of purges following a failed coup attempt. We show that some ministers – those with strategic portfolios in defence and diplomacy, and those with higher-ranking posts such as Vice President or Deputy Prime Minister – are significantly more at risk of purging than others. This is especially the case if they are new to the post or do not belong to the dictator’s party. On the other hand, if one is a loyal, veteran minister with a small and rather insignificant portfolio, he/she is no more likely to be replaced in the wake of the coup attempt. Therefore, in times of crisis, dictators value loyalty and distrust high-profilers – especially those with access to strategic resources such as guns or diplomatic relations.

What is the main take-away from our article? First, coups do not need to succeed to profoundly change how dictatorships function and consolidate autocratic power. Second, to understand how dictators face crises, it is important to focus not only on the military, but also on civilian elites such as cabinet ministers, and to look at their composition. Macchiavelli said that “The first method for estimating the intelligence of a ruler is to look at the men he has around him”. Our research suggests that contemporary dictators are painfully aware of this reality. When challenged, they react accordingly and use purges to eliminate threats while consolidating their hold on power.

This blog piece is based on the article “The Morning After: Cabinet Instability and the Purging of Ministers after Failed Coup Attempts in Autocracies” by Laure Bokobza, Suthan Krishnarajan, Jacob Nyrup, Casper Sakstrup, and Lasse Aaskoven,  forthcoming in the Journal of Politics, April 2022. 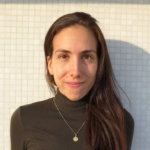 Laure Bokobza is a PhD candidate in the Department of Politics and International Relations at the University of Oxford. Her research interests are political economy, authoritarian regimes, and politics of protest. You can find further information regarding her research here and follow her on Twitter: @laurebokobza 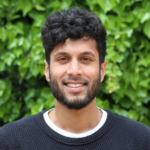 Suthan Krishnarajan is an Assistant Professor in the Department of Political Science at Aarhus University. He studies regime instability in democracies and autocracies. You can find further information regarding his research here and follow him on Twitter: @Suthan_1607 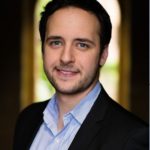 Jacob Nyrup is a Postdoctoral Fellow & Assistant Professor in Autocratic Politics at the University of Oslo. He studies political elites, authoritarian regimes, wealth inequality, and Danish municipalities. You can find further information regarding his research here and follow him on Twitter: @jacob_nyrup

Casper Sakstrup is a Postdoctoral Fellow in the Department of Politics and Society at Aalborg University. He studies historical factors underlying present-day conflicts, microfoundations of international relations and political violence, and autocratic politics. You can find further information regarding his research here and follow him on Twitter: @CasperSakstrup 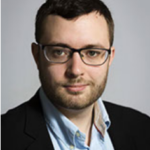 Lasse Aaskoven is an Associate Professor in the Department of Political Science and Public Management & the Danish Centre for Advanced Studies at the University of Southern Denmark. His research interests are Comparative Politics and Political Economy. You can find further information regarding his research here.