Accelerating the adoption of renewable energy is vital for the fight against climate change. But domestic political support for transitioning toward sustainable energy is far from guaranteed. Renewable energy infrastructure, such as wind turbines, delivers broad socioeconomic benefits but the costs are often concentrated. These perceived local costs could create powerful interest groups and coalitions through “not-in-my-back-yard” (NIMBY) activism and electoral backlash. At the same time, perceived social needs, such as climate change mitigation, create an opportunity for targeted political spending that provides economic gains. Renewable energy infrastructure could generate broad political support through a process of positive reinforcement or policy feedback.

How important are the forces of NIMBY, and are incumbents punished for the local dis-amenities created by wind turbines? In democratic polities, elections are the primary channel through which dissatisfied citizens express their grievances. However, political scientists know little about the electoral effects of divisive facilities. To fill the gap, we study the effect of wind turbine construction on United States congressional elections in “Electoral Backlash or Positive Reinforcement? Wind Power and Congressional Elections in the United States.” In the American political system, the clear divide between Democrats and Republicans on renewable energy allows us to hypothesize about the effects of wind power on the two parties’ electoral fortune. We expect Democratic candidates to gain an advantage over Republicans in districts where wind turbines are installed.

The results strongly support the positive reinforcement theory: where wind turbines are constructed, Democratic candidates reap major political gains at the expense of their Republican counterparts. For example, we estimate that adding a megawatt of wind turbine capacity relative to the statewide trend increased the Democratic vote share by about 0.03 percentage points. These results are statistically significant and remain robust to alternative specifications and placebo tests. In contrast, we uncover little evidence of electoral backlash from retrospective voting: on average, incumbents neither win nor lose.

To test causal mechanisms, we use several complementary data sources and methods.  First, we use survey data to show that public opinion over environmental issues, in general, does not change with wind power, suggesting that localized gains, instead of a general pro-environment shift, explain our main result. Using census data, we find that a 10% increase in installed capacity creates about 13-15 new businesses in wind power generation and 2-3 in turbine manufacturing. This is consistent with the localized gains mechanism.

Second, we test another implication of the positive reinforcement theory: changes in policy content. Drawing on the universe of environmental roll call votes considered important by the League of Conservation Voters, we show that the Democratic electoral advantage from wind turbines translates into a shift toward pro-environmental issue voting across the board, beyond the narrow case of renewable energy. We estimate that installing one additional wind turbine increases the share of pro-environmental votes by 0.04 percentage points overall. The effect is the most pronounced in the issue areas of land use, dirty energy, and wildlife.

Next, to corroborate the IV results, we conduct an event study to examine the impact of mandatory state-wide Renewable Portfolio Standards (RPS) on wind turbine construction and voting outcomes. The adoption of RPS has significantly increased the number and installed capacity of wind turbines. This has led to an increase in the vote share of Democratic candidates in congressional elections, an overall increase in pro-environmental issue voting, and a large increase in pro-clean energy votes. These results are consistent with our main finding that wind turbine construction generates large electoral benefits for Democratic candidates.

Finally, while Democrats’ electoral success underlies most results, we also uncover some evidence for adaptation: incumbent officials adjust to new political realities by reducing their anti-renewables voting. A content analysis of legislators’ official press releases shows that Democrats increasingly emphasize wind energy policy as the wind turbine capacity in their district grows, whereas Republicans begin to talk about alternatives such as nuclear power. Combined with the results on local job creation, this implies that Democrats issue more press releases on wind energy and are therefore more likely to take credit for its role in boosting the local economy. We interpret these results as evidence for competitive adaptation to changing political realities by both parties, with Democrats embracing positive reinforcement and Republicans adopting more mixed strategies, perhaps to appease pro-nuclear and anti-renewable interest groups.

For scholarship on divisive facilities, the results highlight the importance of focusing on net effects. Future studies should assess the conditions under which the benefits outweigh the losses. Moreover, researchers should try to identify the extent to which voters reward and punish politicians at different levels of governance. Do politicians at higher levels of government secure the gains from divisive facilities, while those at lower levels incur the costs? What can local politicians do to protect themselves from backlash?

This blog piece is based on the article “Electoral Backlash or Positive Reinforcement? Wind Power and Congressional Elections in the United States” by Johannes Urpelainen and Alice Tianbo Zhang, forthcoming in the Journal of Politics, Volume 84, Issue 2. 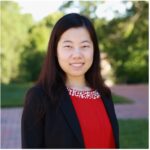 Alice Tianbo Zhang is an Assistant Professor of Economics and an affiliate faculty of Environmental Studies at Washington and Lee University. As an environmental and energy economist, she combines economics, climate science, and data science to tackle energy and climate policy issues. Her current research focuses on two areas 1) distributional impacts of energy infrastructure and energy access; 2) climate change impact, mitigation, and adaptation. More broadly, she is interested in harnessing economics for social and environmental equity. You can read more about her work here and follow her on Twitter: @AliceTZhang 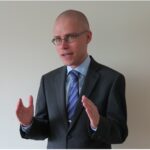 Johannes Urpelainen is the Prince Sultan bin Abdulaziz Professor of Energy, Resources and Environment (ERE) at the Johns Hopkins School of Advanced International Studies. He is the Founding Director of the Initiative for Sustainable Energy Policy (ISEP), and the Director of the Master of Arts in Sustainable Energy (MASE). He develops and tests sustainable solutions to the problem of lacking energy access in emerging economies. You can read more about his work here and follow him on Twitter: @jurpelai