Elections are cornerstones for societies transitioning from civil war to democracy. The success or failure of these elections is shaped by the strategies former rebels employ to mobilize voters. Of those strategies, clientelism is particularly important.

Clientelism denotes a strategy in which political elites target potential voters with selective goods, such as vote buying or infrastructure construction contingent on an exchange of votes. Such a strategy represents improved voter-elite relations over dysfunctional wartime politics. At least, elites no longer rely on physical violence and coercion to generate political support. Nevertheless, in the long-run, clientelism can undermine accountability, democratic quality, and ultimately create weak democratic institutions—whose lack often contributed to the outbreak of civil war in the first place.

But despite these implications of clientelism for post-conflict democracy, our understanding of where, why, and how former insurgents engage in this electoral strategy is limited.

To address this gap, we build a theory about how rebels use clientelism after war to mobilize voters. We start from the observation that, once conflict ends, former rebels running for office require civilian support to win political power not through violence but through winning elections. In that context, we expect that three legacies of the civil war should shape how former rebels use clientelism to win votes. First, locations where rebels enjoyed strong civilian support during war are likely to receive pre-electoral benefits. Second, the remnants of rebels’ military organizations can form the basis for party structures and broker networks to deliver those benefits. Third, the degree to which former rebels have direct control over funds should determine how and what types of goods they target to voters.

In a second step, we examine the post-conflict setting in the Indonesian province of Aceh to test this theory. There are three reasons why Aceh is a useful case to test our theory.

After the tsunami in 2004 and the ensuing peace agreement in 2005, the Free Aceh Movement (Gerakan Aceh Merdeka, GAM) and the Government of Indonesia (GoI) established a government agency tasked with coordinating the reconstruction effort, the Agency for the Rehabiliation and Reconstruction of Aceh and Nias (Badan Rehabilitasi dan Rekonstruksi, BRR). A key institutional feature of the BRR agency helps us to investigate our theory: the 2005 peace agreement stipulated that GAM receive several influential positions within the BRR agency. These positions potentially allowed the rebels to influence the allocation of tsunami aid to electorally beneficial locations.

Also, the BRR agency was a government ministry. Thus, rebels did not enjoy unfettered access to reconstruction funds. Instead, rebels’ access to BRR funds was under stronger scrutiny than their control over other post-conflict funds. This limited access makes the BRR a hard case to test our theory: If former insurgents can find ways to use even limited access to funding with strong oversight for electoral purposes, it is likely that we would observe similar behavior in cases where rebels have more direct access to funds.

Finally, the BRR agency set up a database to coordinate aid projects in the province. We were able to retrieve a full copy of this database, allowing us to create an original, highly geographically disaggregated dataset on tsunami aid allocation in Aceh. We link this data to fine-grained information from the Indonesian National Violence Monitoring System (Sistem Nasional Pemantauan Kekerasan, SNPK) to identify the location of plausible wartime civilian support for GAM.

We find that areas with high wartime GAM support received approximately 10% more new tsunami aid projects than non-GAM areas. Crucially, we implement a research design that helps us to account for the potentially confounding role of Tsunami damage. We also replicate the main findings with village-level survey data from a World Bank survey of 2008.

Additional results show that, as our theory suggests, rebels used wartime military networks to deliver benefits and that they used their control over some sectors of tsunami aid to circumvent donor monitoring.

We believe that our finding that former rebels can engage in clientelistic mobilization of voters matters beyond just the Acehnese. In our view, similar patterns are likely to emerge in contexts that have two distinct features. First, we’re probably going to see rebels using clientelism when they enjoyed high popular support during war. That’s not the case in all civil wars, though. In some wars, rebels use a lot of violence to control the local population, such as in the wars in Liberia or the Democratic Republic of the Congo. Wherever these violent rebel-civilians interactions are widespread, clientelism is unlikely to play a major role after civil war.

Another factor that should influence whether rebels will engage in clientelism is the way how the war ended. We believe that clientelism should be more pervasive if a war ends in a negotiated settlement instead of a clear victory by either side. In these kinds of agreements—which constitute most civil war terminations—rebels often gain access to peace dividends in the form of power-sharing arrangements. Also, these deals are often flanked by local elections in which former rebels run for office, giving them electoral incentives to engage in clientelism.

More generally, our findings are important for the quality of democracy after civil wars. Many studies have shown that democracies that emerges out of war often display deficiencies in human rights, division of power, and electoral conduct. Our paper adds the insight that wartime legacies can limit the quality of democracy through their effects on electoral clientelism.

Finally, our findings are important for practitioners, such as aid organizations, who work in post-conflict contexts. Our findings highlight a dilemma for external actors aiming to support war-to-democracy transitions. Enabling (even involuntarily) former rebels to access peace dividends, such as aid, might stabilize the situation and reduce violence. But this access can undermine the quality of democracy in the long term. Future research needs to study the conditions under which elite capture of peace dividends after civil wars can be mitigated.

This blog piece is based on the article “The Effect of Wartime Legacies on Electoral Mobilization after Civil War” by Felix Haass and Martin Ottmann, forthcoming in the Journal of Politics, Volume 84, Issue 3. 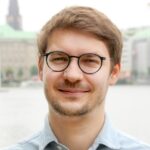 Felix Haass is post-doctoral researcher at the University of Oslo. He studies institutions and political behavior after war, autocratic politics in the context of the ELDAR project, as well as civil wars and international security.  You can find further information about his research at his personal website and follow him on Twitter: @felixhaass 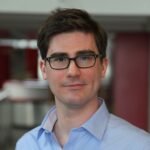 Martin Ottmann is Associate Professor in Peace and Conflict Studies in the School of Government, University of Birmingham. He studies the political economy of civil war and development, with a recent focus on the effects of institutional design on resource redistribution and individual political behavior in post-conflict settings. You can find further information regarding his research here  and follow him on Twitter: @martin_ottmann