In a new paper at the Journal of Politics, “Agricultural Comparative Advantage and Legislators’ Support for Trade Agreements”, Francesco Amodio, Leonardo Baccini, Giorgio Chiovelli, and Michele Di Maio find evidence that comparative advantage in agriculture predicts how legislators vote on the ratification of preferential trade agreements in Congress.

Implementing trade liberalization is often a controversial policy in advanced economies. The United States is no exception. The Democratic Party has been always wary about forming preferential trade agreements especially with developing countries (the defunct North America Free Trade Agreement, for instance), whereas the Republican Party has embraced protectionist stances during Trump’s presidency (dropping from the Trans-Pacific Partnership, for instance). Previous research has shown that losers from globalization in general, and trade liberalization in particular, are the main opponents of pieces of legislation enhancing trade openness.

In our paper, we focus on the winners rather than on the losers to explain the decision of the US Congress to ratify preferential trade agreements, which have been the main source of trade liberalization since the 1990s. More specifically, we make use of one of the oldest theories in economics: comparative advantage. The insights of this theory are simple and intuitive: trade liberalization produces gains or losses depending on the relative efficiency of each country in producing different goods. While the theory is simple, identifying the causal effect of comparative advantage on policy preferences held by politicians is not.

To overcome key identification issues, we focus on agricultural products. In particular, we rely on data on the suitability of the soil to produce different crops to build a new, exogenous measure of comparative advantage in agriculture. We rely on estimates of potential crop yields from the Food and Agriculture Organizations (FAO) Global Agro-Ecological Zones (GAEZ) database. These measures are based on local soil and weather characteristics and they are independent of actual yields from cultivated crops and their determinants, including policy-driven ones. Importantly, this measure of crop suitability allows us to capture the maximum attainable yields for each crop in a given district, providing an ideal source of exogenous variation in agricultural productivity.

Our main contributions are three-fold. First, our findings indicate that the theory of comparative advantage is alive and well despite being more than two centuries old. To the best of our knowledge, ours is the first study to show that comparative advantage in agriculture has a causal effect on legislators’ support for free trade. Second, and related to the previous point, we contribute to a large but empirically controversial literature arguing that economic considerations matter in explaining politicians’ behaviour. In particular, we find evidence of support for trade in those areas in which gains from trade are sizable. Third, against conventional wisdom, our results indicate that rural America is pivotal in supporting trade liberalization. Districts with a strong comparative advantage in agriculture push their legislators to vote in favor of preferential trade agreements for a simple reason: these are the districts that win from international trade.

This blog piece is based on the article “Agricultural Comparative Advantage and Legislators’ Support for Trade Agreement” by Francesco Amodio, Leonardo Baccini, Giorgio Chiovelli, and Michele Di Maio,  forthcoming in the Journal of Politics, April 2022. Data and supporting materials necessary to reproduce the numerical results of the article are available at The Journal of Politics Dataverse. 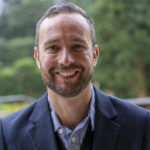 Leonardo Baccini is an Associate Professor in the Department of Political Science at McGill University and a research fellow at CIREQ. His research interests are in the area of international political economy and comparative political economy. You can find further information regarding his research on his website and follow him on Twitter @LeoBaccini.