We set out to answer a simple question: Do constituents ask women legislators to work on more issues?  To find the answer, we conducted an experiment in collaboration with two pairs of state legislators.

In each pair there was one man and one woman.  We worked with one Republican pair and one democratic pair.  Each pair came from a multimember district (like we have in the US Senate), meaning that they represented the same set of constituents.

Because gender is the key difference between the legislators, any observed differences in how constituents responded to them can reasonably be attributed to gender.

The survey asked constituents to list the issues that the legislator should work on.  Over a thousand constituents responded with a set of issues important to them.  Their responses listed many of the everyday issues that constituents care about: education, roads, support for small businesses, etc.

The increase in issue requests occurs on a wide range of issues.  Women were asked to do more on issues that are traditionally considered women’s issues (e.g., Education and Health) and other issues too (e.g., Immigration).

One unanswered question: What do women legislators think of this pattern? The potential upside of receiving more issue requests is that female legislators may learn more about their constituents, putting them in a stronger position to represent their interests.  However, that must be balanced against the pressures of being asked to do more.

This blog piece is based on the article “Constituents Ask Female Legislators to do More” by Dan Butler, Elin Naurin, and Patrik Öhberg,  forthcoming in the Journal of Politics, Volume 84, Issue 4. 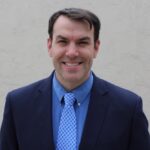 Dan Butler is Professor of Political Science at Washington University in St. Louis.  He studies questions of representation.  He studies representation and is coauthor of Rejecting Compromise: Legislators’ Fear of Primary Voters. You can find more information on his research here. 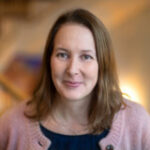 Elin Naurin is Professor at the Department of Political Science, University of Gothenburg and a Wallenberg Academy Fellow. Her research focuses on parties’ election pledges and politicians’ responsiveness to public opinion. She also studies adult political socialization, especially the role of pregnancy, childbirth and early parenthood for individual’s’ political opinions, behavior and knowledge about politics. Follow her on Twitter: @elinnaurin 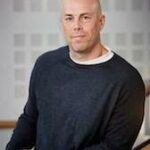 Patrik Öhberg is Associate Professor at The SOM Institute, University of Gothenburg. His research interest are politicians’ understanding of the public opinion, gender and politics, and terrorism. Öhberg is principal investigator of several long running elite surveys in Sweden. Follow him on Twitter: @polgu