The opioid epidemic is one of the most pressing public health problems facing the United States. Drug overdose deaths are a leading cause of injury-related death and over 70% involve opioids. More than half a million Americans died of opioid overdoses between 1999 and 2020 and a record of over 100,000 Americans died of opioid-related deaths in 2021. Given the rapid increase and high rate of opioid use, it is important to understand public opinion about this urgent crisis.

Moreover, three features of the opioid crisis distinguish it from past drug crises and invite a close study. First, media depictions often portray opioid users as White, obscuring the fact that racial minorities are also affected. Second, contemporary media coverage of opioid use is also largely sympathetic. Third, policies designed to assist—rather than punish—those afflicted garner widespread support. All of this contrasts with previous drug crises such as the crack epidemic of the 1980s, which was covered less sympathetically, framed as a predominantly minority problem, and associated with public support for punitive policies.

How does the racial and sympathetic framing of opioid use influence public opinion? Our forthcoming article, “The Political Effects of Opioid Addiction Frames,” explores this question, seeking to understand what shapes White Americans’ attitudes toward policies addressing addiction. The sympathetic coverage of mostly White users may be associated with the recent shift from punitive to recovery-focused policy responses. However, no previous study has analyzed the causal impact of drug users’ race or of the “valence” (e.g., sympathetic or unsympathetic framing) of news about the opioid crisis on public opinion. It is unclear whether the White ‘face’ of the opioid crisis generates more public support for treatment policies, or if race, sympathy, and support for treatment are merely correlated.

To disentangle these factors, we conducted two randomized survey experiments of White Americans, including one with a large probability-based national sample. Participants were randomly assigned to view one of four versions of a hypothetical news story about the opioid crisis or a “control” condition with no news story (Table 1). Across versions of the story, we randomly vary the drug user’s race (White or Black) and the valence (sympathetic or unsympathetic) of the frame. The stories were otherwise identical. They draw on actual news stories, mirroring them in length, narrative style, and use of vivid photos. These experiments identify the causal impact of racial and valence frames on public support for more or less punitive government policies and officials, taxes to fund treatment-oriented policies, and emotional reactions to drug users.

The experiments resulted in several important findings. First, we considered the impact of valence frames on the four outcomes (Figure 1). We find that sympathetic frames increase support for treatment policy and for a candidate who advocates for it, compared to no story. This finding holds both when the frame portrays White and Black users. Overall, the strongest of these effects are on policy and candidates, and the weakest are on taxes and emotion. By contrast, unsympathetic frames of White or Black users do not affect political views. These findings point to the power of sympathetic over unsympathetic frames of opioid use in shaping public opinion.

Next, we compared the racial conditions while holding valence constant (Figure 2). While sympathy does extend to Black users, it is nevertheless racially selective. Sympathetic frames increase support for treatment policy more strongly when portraying drug users as White rather than Black. In contrast, there is no evidence that unsympathetic coverage generates more antipathy with Black than White users. Figure 2 also shows the direct effects of racial frames, comparing the “pooled” White and Black conditions. While the Black conditions decrease support for treatment policy, this effect is statistically uncertain.

This research has implications for legislators, policymakers, and healthcare providers as they address this public health crisis. Opioid use is currently framed sympathetically, as a public health issue that affects deserving White victims. This gives policymakers the ability to focus on treatment, rather than punitive approaches that have long dominated American drug policy. However, if the media portrays opioid use as increasing among minoritized populations, support for government-funded treatment may decline – even if coverage is sympathetic.

This blog piece is based on the article “The Political Effects of Opioid Addiction Frames” by Tanika Raychaudhuri, Tali Mendelberg and Anne McDonough, forthcoming in the Journal of Politics, Volume 84, Issue 4. 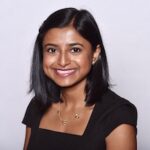 Tanika Raychaudhuri is an Assistant Professor of Political Science at the University of Houston. She studies race, immigration, and political behavior. More information about her research is available on her website. Follow her on Twitter: @Tanika_R 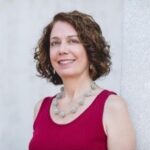 Tali Mendelberg is the John Work Garrett Professor of Politics at Princeton University. She studies the political psychology of race, gender, and social class. More information about her research is available her website. Follow her on Twitter: @TMendelberg 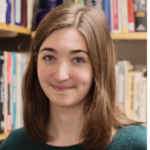