It is an open secret in international politics that governments sometimes use money to buy political support from other governments. As an example, take this unusually frank remark from former US President Trump: “These nations that take our money and then they vote against us at the Security Council … We’re watching those votes. Let them vote against us, we’ll save a lot.” He made this statement in December 2017, two days after all 14 remaining members of the UN Security Council had voted against the US government. In a joint draft resolution, they had called on Trump to withdraw his recognition of Jerusalem as the capital of Israel.

Governments usually aim to avoid such isolation on the international stage. They form international alliances and try to convince other governments to join their position. Sometimes, if efforts at persuasion do not suffice, money comes into play. It is well-documented that US governments, for instance, go to great lengths to keep other governments from voting against them in international organizations. Many developing countries receive unusually large amounts of US development aid while they serve as temporary members of the UN Security Council.

In our new article “Bilateral or Multilateral? International Financial Flows and the Dirty-Work Hypothesis,” we take a closer look at such efforts to buy votes and support at the international level. We pose two main questions: First, is there a direct link between such financial favors and the actual decisions in the UN Security Council? Second, how do governments deal with the fact that such “dirty work” in international politics could be frowned upon by the public at home?

To answer these questions, we compiled a new dataset on all the Security Council decisions made since its inception in 1945. For each decision, we recorded each vote of the 15 members together with information on the draft resolution. The full data set is now freely accessible.

In our article, we first link this information on voting in the UN Security Council with data on flows of US aid to developing countries. Like other scholars before us, we find that the countries who join the Council receive more US money in the two years of their membership. With our new data on voting behavior, we can go one important step further: We show that only the member countries that vote with the United States get more US aid – about 40 percent more than non-members. In contrast, those members that vote against the United States get no more aid than countries outside the Council.

In our second step, we examine this pattern in more detail. Does the United States buy votes from all countries – even from its adversaries? This is a risky strategy: What if the public, the media, or opposition politicians find out that their government channels public taxes to hostile, foreign governments to buy their vote? The government risks becoming unpopular at home. We find that this pattern of increased bilateral aid is observable for US allies only, and not for more adversarial countries.

But does the US government really stay away from influencing the votes of its adversaries? To answer this question, we look at other flows of money to these countries. We suspect that for non-allied countries the United States might use alternative channels to bilateral development aid, such as the World Bank and the International Monetary Fund. It is well known that the US government has a say in how these organizations spend their money. At the same time, it is not clearly visible from the outside how these spending decisions are made and who bears responsibility for individual decisions. In addition, these organizations have a reputation of being politically more neutral than individual governments and they spend money in almost all countries. All this makes these international organizations ideal instruments for governments who want to secretly support a hostile government.

In sum, it may be no surprise to find that powerful countries are willing to buy influence. Realpolitik, however, requires different channels for different countries. We see that the practice of buying influence around the world, while perhaps crude, is nuanced and finessed by obscuring the sources of funding.

We suspect that this strategy is at play in several foreign policy areas for many countries using various international institutions. Japan and Germany, long hindered in foreign policy by the legacy of World War II, have good reason to employ strategies of obfuscation when seeking influence over other countries, and they both have outsized political influence over regional organizations. Access to this strategy may also explain recent investments by China in developing its own powerbase in international organizations, such as the Asian Infrastructure Investment Bank. Smaller, developing countries may also use international organizations to avoid public scrutiny when doing deals with foreign powers that are unpopular at home. In today’s interdependent world, governments often need support from other governments, but openly buying their cooperation may be politically risky. Channeling rewards through international organizations provides a way out of this dilemma.

This blog piece is based on the article “Bilateral or Multilateral? International Financial Flows and the Dirty-Work Hypothesis” Axel Dreher, Valentin Lang, B. Peter Rosendorff, and James Raymond Vreeland, will be published in October 2022 issue. 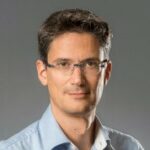 Axel Dreher is a Professor of International and Development Politics at  Heidelberg University and Editor of the Review of International Organizations. Most of his research is in the fields of political economy, economic development, and globalization. You can find further information regarding his research here and follow him on Twitter: @DreherAxel

Valentin Lang is an Assistant Professor of International Political Economy and Development at the University of Mannheim. His research focuses on the political economy of global governance, globalization, and inequality. You can find further information regarding his research here and follow him on Twitter: @valentin_lang 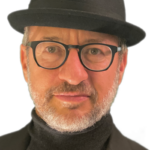 Peter Rosendorff is a Professor of Politics at New York University, editor of Economics & Politics, founder of the Global Research in International Political Economy webinar, and specializes in the links between domestic politics and international economic policy, cooperation, and law, with applications to human rights, terrorism, international trade, finance, and investment. You can find further information regarding his research here and follow him on Twitter: @PeterRosendorff

James Raymond Vreeland is a professor in the Department of Politics and the School for Public and International Affairs at Princeton University. He conducts research in the field of international political economy, specializing in international institutions. You can find further information regarding his research here and follow him on Twitter: @james_vreeland