Imagine a council in which proposals are adopted if a majority votes in favour, and three actors control 60%, 30%, and 10% of votes, respectively. The actors might be perfectly disciplined parties in a legislature (or stockholders, or representatives of constituencies of differential sizes, etc.). How much voting power does each party have? Here, Party 2 and Party 3, despite having 30% and 10% of the votes, respectively, each evidently have zero voting power: outcomes are always unilaterally determined by Party 1. The other two parties are impotent. It is evident that we cannot equate voting power with the proportional weight of one’s votes.

So if not in terms of proportional weight, how can we measure voting power? A classic measure of voting power, the Penrose-Banzhaf measure (PB), equates an actor’s voting power with the proportion of logically possible vote configurations in which the actor would be “decisive.” An actor is decisive in a vote configuration if, had it voted differently (and holding every else’s votes constant), the outcome would have been different. For example, in our example above, if each actor can vote only YES or NO, then there are eight possible configurations ({Y,Y,Y}, {Y,Y,N}, etc.), and Party 1 would be decisive in each, while the others are decisive in none. So PB1=1 and PB2=PB3=0.

Consider another example, with the following voting rule: the outcome is YES if Party 1 and at least one other party votes YES, otherwise the outcome is NO (i.e., Party 1 can veto YES-outcomes, but not NO-outcomes). Since Party 1 would be decisive in six of the eight configurations ({Y,Y,Y}, {Y,Y,N}, {Y,Y,N}, {N,Y,Y}, {N,Y,N}, {N,N,Y}) and the others would each be decisive in only two configurations, then here PB1=3/4 and PB2=PB3=1/4. A common way to interpret PB is to say it equates voting power with the probability of being decisive if all vote configurations are equiprobable.

The problem is that this classic measure, like other measures on offer, is based on a conceptual mistake: it assumes that actors exercise power over outcomes only when they “make a difference” to it in the sense that they could have changed the outcome by acting otherwise. But this is false. Imagine, in our second example, that the vote configuration {N,N,N} has obtained, yielding a NO outcome. None of the parties is decisive in this configuration: if Party 1 had voted YES, the outcome would have still been NO, on the strength of the other NO votes; and similarly for the other two parties. Yet it is false that none of the parties helped to cause this outcome. No single actor is decisive, to be sure, but that is because the outcome is causally overdetermined. It is nevertheless causally determined by the parties’ votes: it is overdetermined, not non-determined, by the parties’ votes. They each exercised some causal power in effecting this outcome. (Consider: if two assassins simultaneously shoot and kill a victim, each has played a causal role in the killing, even though neither is decisive.) Yet the classic PB measure falsely assumes that in overdetermined configurations such as this, no actor is causally efficacious. In reality, each actor in partially causally efficacious in this configuration.

This paper, “A Recursive Measure of Voting Power with Partial Decisiveness or Efficacy,” defends a new, alternative measure of voting power that take partial causal efficacy into account. This Recursive Measure equates voting power, not with the probability of being decisive, but with a voter’s expected efficacy. This is an expected value that sums over the voter’s degree of causal efficacy in each vote configuration, weighted by the configuration’s probability.

Beyond its conceptual justification, this Recursive Measure has numerous further advantages. It solves a number of puzzles in the voting power literature. And it has tremendous normative significance. It shows why members of permanent minorities—think here of Blacks in the US, or Francophones in Canada—would have less voting power than others if they merely had a vote whose formal weight is equal to that of others’ vote. It shows, in other words, that there is power in numbers. Since voting power is not simply proportional to the formal weight of one’s vote, if we value political equality in voting, then we need an accurate measure of voting power. The Recursive Measure provides this.

This blog piece is based on the article “A Recursive Measure of Voting Power with Partial Decisiveness or Efficacy” by Arash Abizadeh, forthcoming in the Journal of Politics, Volume 84, Issue 3. 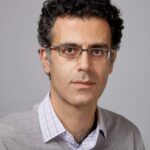 Arash Abizadeh is Professor at the Department of Political Science and Associate Member at the Department of Philosophy at McGill University. His current research project is on the nature of social and political power, and its implications for democratic theory. He also works on democracy’s relation to questions of identity, nationalism, and cosmopolitanism; immigration and border control; and 17th and 18th century philosophy, particularly Hobbes and Rousseau. You can find more information about his research here and follow him on Twitter: @AAbizadeh