Parties often rely on grassroots party activists, or brokers, to win or sustain the support of voters. A burgeoning literature in political science explores the selection and actions of these agents, focusing on what brokers do for parties (This includes our companion article, also published in the Journal of Politics, in 2021, “The Connections of Party Brokers: Which Brokers Do Parties Select?”).

In our new paper, entitled Motivating the Machine: Which Brokers do Parties Pay, we switch focus to what parties do for brokers and consider brokers’ motivations to work.

Existing research on party machines recognizes that clientelist brokers are often motivated to work in exchange for material benefits, but few studies systemically track payments to party activists or examine a comprehensive range of possible compensation. Focusing on a wide set of payments across an electoral cycle, we ask the following questions: which grassroots party brokers do parties reward, with what, when, and why?

We theorize that parties’ payments to brokers are shaped by competing goals held by actors at different levels within a party organization. National party elites hope to use payments to reward brokers on the basis of electoral performance. However, national elites often are not the actors who control payments to brokers. Instead, parties are forced to decentralize payment decisions to middle-tier party executives who more regularly interact with grassroots activists. In our article, we call these actors local party elites. Beyond electoral performance, local party elites have incentives to redirect payments to brokers for more personal ends, especially amassing a personal following among brokers that will benefit their private career ambitions. Local elites’ popularity among grassroots activists is crucial for helping them rise in the internal party hierarchy and secure party nominations to run for office.

We assess our theory using data from a two-wave panel survey of grassroots brokers (N=1,140) who work within Ghana’s ruling party – the New Patriotic Party. These surveys were conducted roughly 18 months apart at different points in the electoral cycle, recording whether brokers had received payments from the party and when. To capture parties’ motivations for rewards, we construct measures of electoral performance, brokers’ levels of activism, and their personal connections to local elites.

We find that brokers mostly work for free during campaigns in anticipation of future rewards. Immediately after the election, our analysis shows that the NPP rewarded a small subset of brokers who performed particularly well. We measure electoral performance using the swing in the party’s vote share at the level of each polling station. Moving from a polling station where the NPP vote swing was one standard deviation below the mean to one standard deviation above results in more than doubling the probability of a grassroots broker receiving major benefits, such as a job or loan from the party, (from 5 percentage points to 12 percentage points) in the immediate post-election period.

But most payments to brokers occur well outside campaign periods, during the longer off-cycle between elections – outside the temporal scope of most previous research on brokers. Long after the election, payments to brokers are instead predicted by brokers’ social ties to the local elites above them in the party. Electoral performance does not predict payment in this period. Our results show that moving from the 10th (0.04) to 90th (0.44) percentile of our measure of brokers’ connectedness to elites predicts being 11.8 percentage points more likely to receive major benefits, such as jobs and loans.

Our data also show that brokers are well aware of this hybrid compensation scheme. When asked to describe how they could secure more compensation from their party, our respondents detailed these same two paths to compensation: better performance or better social ties to local party elites.

While the fine-grained data we collect is confined to Ghana, we expect a hybrid payment system to be present in other contexts. Our argument is unlikely to apply, however, in contexts where brokers are pure free agents and party organizations do not exist beyond election campaigns. In these situations, there is likely no means for party leaders to commit to compensating brokers other than through immediate, up-front payments during campaigns. Our argument may also apply less well to situations where parties rely primarily on non-party brokers – local activists fully outside the party system — who may not have the same incentives as their partisan counterparts.

Our results have important implications for democracy in contexts where brokered clientelism operates. Somewhat paradoxically, the payment system we document may help democracy, even as we demonstrate that Ghana’s ruling party makes what seem like massive outlays to its brokers (including over 18,000 publicly funded jobs in 2018-2019 alone). If payments in the electoral off cycle have the (perhaps unintended) effect of discouraging brokers’ and local elites’ defection by encouraging them to become more embedded in their party, they can reduce brokers’ bargaining power to extract additional payments in the future. Indeed, in contexts where brokers are free agents, other research suggests they may be able to extract even more benefits in return for their work, increasing the strain that clientelism places on state resources.  A payment system that encourages brokers to become socially embedded in the party also helps facilitate party stability. In turn, deepening party institutionalization can help lower electoral stakes, improve accountability, and allow for peaceful alternations in power.

We hope future work on political parties, clientelism and brokers will document broker payment systems in other contexts. Important future research questions include establishing whether the patterns we document are similar across men and women brokers and how opposition parties motivate brokers while out of office.

This blog piece is based on the article “Motivating the Machine: Which Brokers Do Parties Pay?” by Sarah Brierley and Noah L. Nathan, forthcoming in the Journal of Politics, Volume 84, Issue 3. 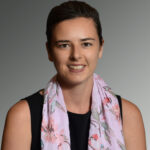 Sarah Brierley is an Assistant Professor in the Department of Government at the London School of Economics. Her research is on political parties, elections, and the public sector, with a focus on Sub-Saharan Africa. You can find out more about her research here and follow her on Twitter: @Sarah_Brierley1 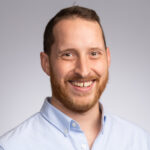 Noah Nathan is an Associate Professor in the Department of Political Science at the University of Michigan. His research focuses on electoral politics and political economy in new democracies in Sub-Saharan Africa. His website can be found here. His Twitter profile is: @noahlnathan