A key feature of bureaucratic organizations is the use of vertical arrangements to enhance their performance. Namely, to rely on upper echelons, say, managers, to oversee and sanction lower level ones, say, clerks, as a way to keep the latter in check. Yet, this type of hierarchical oversight is only effective in the absence of collusion among different organizational levels. In fact, one reason why practices such as nepotism, favoritism, or political connections are detrimental to organizations is precisely because they weaken these vertical checks.

In an upcoming paper, “Hierarchical Oversight and the Value of Public Office: Evidence from Colonial Peru”, I explore a particular threat to effective hierarchical oversight in bureaucracies. Namely, that posed by appointment mechanisms such as venality or office-selling — whereby “any” individual could access public office in exchange for money. Venality in public offices was a common practice in 18th century Peru — the case under study — and the Spanish Empire more generally, but also in other pre-modern bureaucracies such as those of China, the Ottoman Empire,18th century France and 17th century Britain. Even in contemporary settings, the sale of bureaucratic positions and government posts is still prevalent in Mexico, Russia, China, and Indonesia, to name a few.

In contrast to our contemporary mindset, office-selling was not always objectionable or associated with poor organization performance. In fact, thinkers such as John Stuart Mill and Montesquieu thought office-selling need not result in worse choices vis-à-vis royal favoritism, or where the position at stake received a fixed income. Yet, there were also contemporary voices of disapproval for the practice, particularly when the position in question involved imparting justice. In the view of Solorzano and Pereira, a Spanish jurist, the practice of selling positions of justice administrator in the Spanish Empire effectively entailed the selection of “tyrants or thieves”. These contrasting views suggest that whether office-selling had negative organizational effects or not is largely an empirical one.

In the paper, I use the introduction of venality to the appointment of two key positions in the 18th century Spanish Empire — that of high-level audiencia members (top magistrates) and that of corregidores (provincial ones)– to examine its consequences for local governance. In the 18th century Peru, members of the audiencia were in charge of overseeing provincial ones (corregidores). The advantage of this setting is that selling both organizational levels means that one can observe variation in the “types” of officials in top layers due to sales and how this changed the perceived returns (prices) to holding lower level offices. The premise is that office prices are a reflection of the expected returns for office — mostly from illicit sources — such that their change reflects greater opportunities to profit from their position.

The main empirical challenge for this analysis is that the sale of audiencia seats and corregimientos is jointly determined, such that it is difficult to distinguish whether changes in corregimiento valuations are driven by the audiencia or some other common actor. To address this concern, the paper uses the natural or accidental death of audiencia members as it changes the composition of the audiencia but is unrelated to the timing of governors’ sales and other economic factors. These exogenous changes in the composition of the upper level body help identify the effect driven by compositional changes on the valuations of lower level offices. Empirically, I find that prices for corregimientos grew faster when the audiencia was dominated by purchasers (and less so when the composition tilted towards careerists, not purchasers).

I argue that the reason why prices of corregimientos responded to changes in the audiencia is the potential for collusion between layers of government. Allowing officials to buy themselves into certain positions facilitated the establishment of economic and social networks across government levels for self-serving purposes. For instance, audiencia members would often embark in economic ventures with corregidores — despite the explicit prohibition of doing so — with the assurance that there would be no legal consequences (as they served as both judge and party to any complaint that arose). Accordingly, audiencia members exhibit more social and economic connections to the government and people they were supposed to rule in the name of the Crown.

Further evidence strengthening this claim shows that the effect is larger for provinces known to be a reliable source of side-gains for corregidores from taxation, sales of goods at monopoly prices (repartimiento), or from economically profitable activities (mining, agriculture, commerce). Finally, changes in the composition of the audiencia had a direct impact on local governance: uprisings were much more likely in periods when purchasers dominated the audiencia than when non-purchasers were in charge. Because uprisings reflect discontent and are often in response to a deterioration in living standards, they provide material evidence of the consequences of venality.

In all, this paper illustrates the importance of different appointment mechanisms in influencing an organization’s performance. While in the case of 18th century Peru it led to worse local governance, it also suggests that, in principle, venality need not lead to these consequences: if the profile of buyers and appointees would have been more similar, there could have been much fewer differences between both. In that case, the Crown would have been able to reap the revenue from sales and face fewer organizational disruptions in its overseas Empire.

This blog piece is based on the article “Hierarchical Oversight and the Value of Public Office: Evidence from Colonial Peru” by  Jenny Guardado, which will be published in the July 2022 issue. 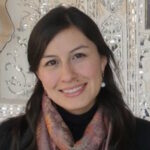 Jenny Guardado is an assistant professor at the School of Foreign Service at Georgetown University affiliated to the Center of Latin American Studies. Her research examines the political and economic mechanisms behind the armed conflict, corruption, and economic development with a regional focus on Latin America and sub-Saharan Africa. You can find further information regarding her research here and follow her on Twitter: @JennyGuardado7