In most democracies, including the USA and UK, voting is voluntary. This usually results in low and unequal electoral turnout, which some take to threaten the ideals of democratic responsiveness and political equality. Some have suggested that these problems could be solved by making voting compulsory, as it is in countries such as Australia and Belgium.

My forthcoming paper does not directly address whether voting should be made compulsory, but instead seeks to clarify what is at stake in this debate by considering a possible alternative – making those who do not vote pay a price. This might initially sound like compulsory voting, which is usually enforced by imposing a fine on those who fail to vote. However, we can distinguish between a fine (which is intended as a sanction for some wrong) and a price.

Consider a parking ticket. If someone parks illegally, then they may be fined. This is not merely a price for parking in that location, but rather is a sanction or punishment for wrongdoing. That is to say, it expresses some form of disapproval or reprimand. This is not the case of ordinary prices. An expensive parking lot might also charge a high price, but those who pay to park there are not condemned.

This distinction reveals that there are two separate elements involved in most cases of compulsory voting. First, there is a legal obligation to vote. Second, a cost is imposed on those who do not vote. Since there is a legal obligation, this cost ordinarily takes the form of a sanction. However, it is possible to impose costs on certain activities, in order to ration or deter them, without condemning those who engage in them. This is illustrated by other charges or taxes.

Because there are two separate questions – whether voting is a legal obligation and whether there is any cost attached to non-voting – there are actually four possible policies, which can be represented in a 2×2 matrix:

One contribution of my article is to highlight that another kind of compromise is possible, as illustrated by the top-right box (4). That is, we could in principle require non-voters to pay a cost, but without any legal obligation to vote. The cost here would be a mere price, like a tax or charge, but not a sanction as they would not be doing anything wrong.

It is not my aim to advocate this as a practical policy proposal. There would be a number of difficulties with implementing such a system, including the potential for misunderstanding. Nonetheless, considering this option is instructive for debates over compulsory voting. I suggest that some of the arguments offered both by advocates and opponents of compulsory voting may be incomplete, in so far as they fail to rule out this kind of alternative.

For instance, Kevin J. Elliott – in a 2017 JoP paper – argues that compulsory voting might be justified as a precommitment device, motivating citizens to do something that they think they ought to do anyway. However, a simple price should be sufficient for this, without the state having to affirm a legal obligation to vote (which some others may consider objectionable).

Others sometimes suggest that not voting in elections is objectionable because it amounts to free-riding on the efforts of others. Again though, it is not clear whether the state should sanction this. If non-voters were required to pay a cost, then they would be contributing, albeit financially rather than in kind, to the democratic system. This would mean that they are not free-riding on the efforts of others.

On the opposing side of the debate, criticisms of compulsory voting do not necessarily preclude proposals like this either. For instance, many have argued that a requirement to vote is objectionable because it violates a right not to vote. However, the state may recognise such a right – by permitting non-voting – but still attach a cost to it, since the exercise of rights need not be costless.

While this proposal is not a form of compulsory voting, since citizens are legally permitted not to vote, it still imposes a cost on non-voting. If critics of compulsion wish to exclude this measure too, then further argument is needed to show that it is wrong to attach even non-punitive costs to non-voting.

Making non-voters pay a price, rather than a sanction, goes part of the way to addressing what each side of the debate wants. Some people might consider this an attractive compromise, since it may give each side most of what they want. Others may not find it satisfactory but, in that case, they may need to do more in order to justify their preferred alternatives.

This blog piece is based on the article “Making Non-Voters Pay: Prices as an Alternative to Compulsory Voting” by Ben Saunders, forthcoming in the Journal of Politics, April 2022. 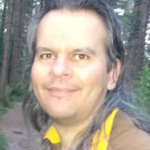 Ben Saunders is an Associate Professor in Political Philosophy at the University of Southampton. His main research interests are democratic theory and the moral/political thought of John Stuart Mill. You can find further information regarding his research here. He occasionally tweets: @DrBenSaunders.